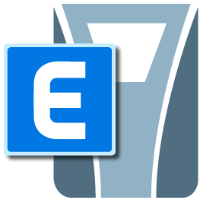 Initial P-Delta analysis may be specified in ETABS via Define>P-Delta Options and using either of the following two methods:

For example, suppose that a building code requires the following load combinations:

A P-Delta load combination of 1.2 DL + 0.5 LL is typically conservative when considering P-Delta effect due to the overall sway of a structure. Combinations (3) and (4) will accurately capture this effect, while (5) and (6) should be conservative. Combinations (1) and (2) have no lateral load, therefore P-Delta effect should not be of concern. Please notice this is a non-linear static case and should be performed only after the model runs without any numerical issues for simple linear cases and results of basic variables such as deformations are within realistic or expected values.

ETABS accounts for P-δ effect, which is associated with local deformation relative to the chord between member ends. In mots practical cases , this effect can be captured using design factors. There is usually no need to divide columns. More specific information about P-δ can be found  here: P-Delta effect