This tutorial describes how to model a pin connection between crossing members. Instruction will consider the structural system shown in Figure 1. The critical joint within this system is located as point E. To induce structural response, a 100kN load will be applied, in the gravity direction, at the end of the horizontal element. 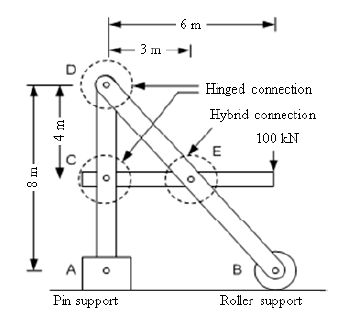 To begin, use SAP2000 to create the model shown in Figure 2: 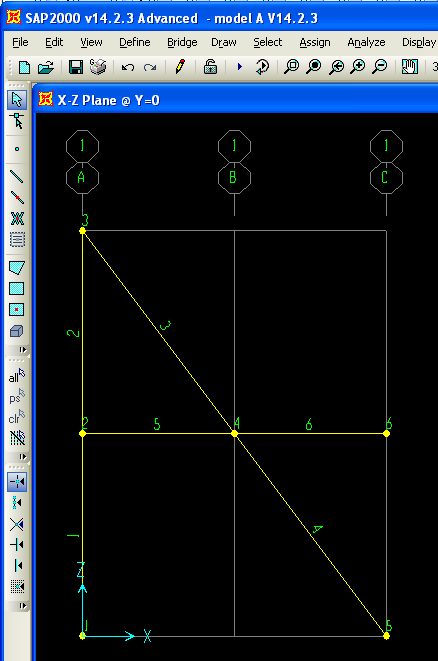 This model may be generated through the following process:

As a validation of successful modeling, analysis will then generate the moment diagram shown in Figure 5: 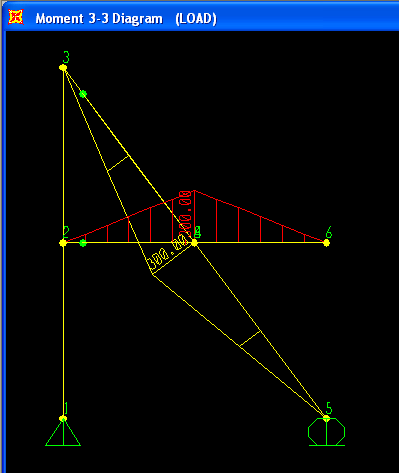