This test problem explains and demonstrates the application of temperature gradient to bridge objects. To summarize the process, temperature gradient is specified and applied to the transformed section, axial force (P) and moment (M3) are calculated, then an equivalent temperature distribution (constant + linear) is applied over the depth.

This process enables the correct calculation of overall cross-sectional force and moment. Nodal application of actual temperatures induced by the temperature distribution specified would yield incorrect net force and moment without the cross section being finely discretized.

The stress distribution of a temperature gradient is calculated as E α T. Users may analytically solve for axial force (P) by integrating this expression over the section, accounting for the web and flange areas. To solve for M3, integrate the moment of stresses about the neutral axis. CSI Software derives temperature-gradient response by following these formulations. First, the software assumes a linear gradient with two unknowns, including neutral-axis value and gradient slope. Integration procedures yield a set of polynomial expression for P and M3. Simultaneous solution then yields exact expressions for axial force and moment.

A single-span concrete-box bridge, fixed at both abutments, is created using the bridge modeler. The linked bridge object is updated as a solid model. Loading from temperature gradient is defined as shown in Figure 1:

As mentioned earlier, an equivalent constant + linear temperature gradient generates the temperature load for a solid model. This procedure correlates precisely with the attached hand calculations , as shown in Figure 2:

For bridge response, loading from the temperature gradient induces a moment of 2568 kip-ft, which closely correlates with the hand calculated moment of 2669 kip-ft. Software output is shown in Figure 3: 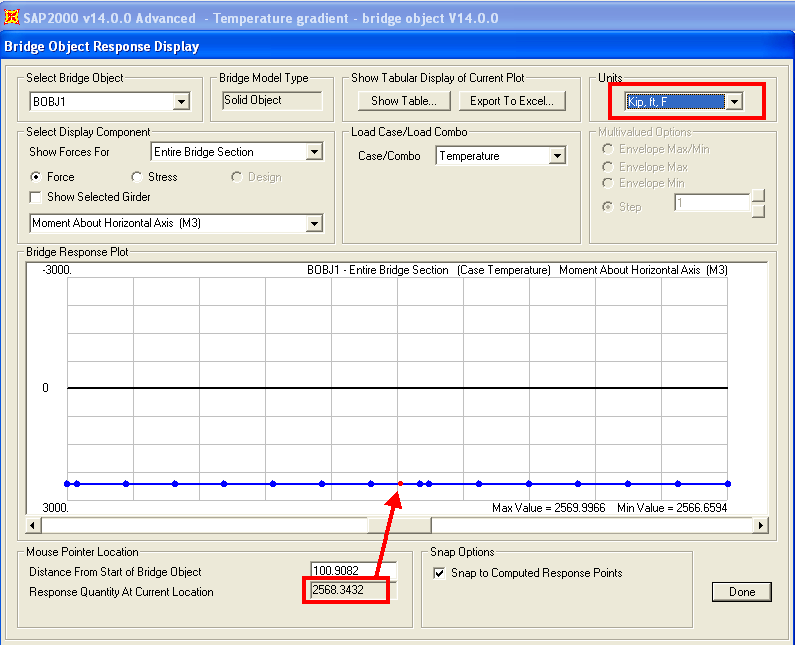 For example 2, a single, beam frame element is fixed at both ends and manually loaded with the constant + linear temperature gradient. Element cross section is defined to match those properties of the entire bridge deck section from example 1. The temperature-gradient loading creates a moment of 2668 kip-ft, nearly identical to the hand-calculated moment of 2669 kip-ft. Software output is shown in Figure 4: 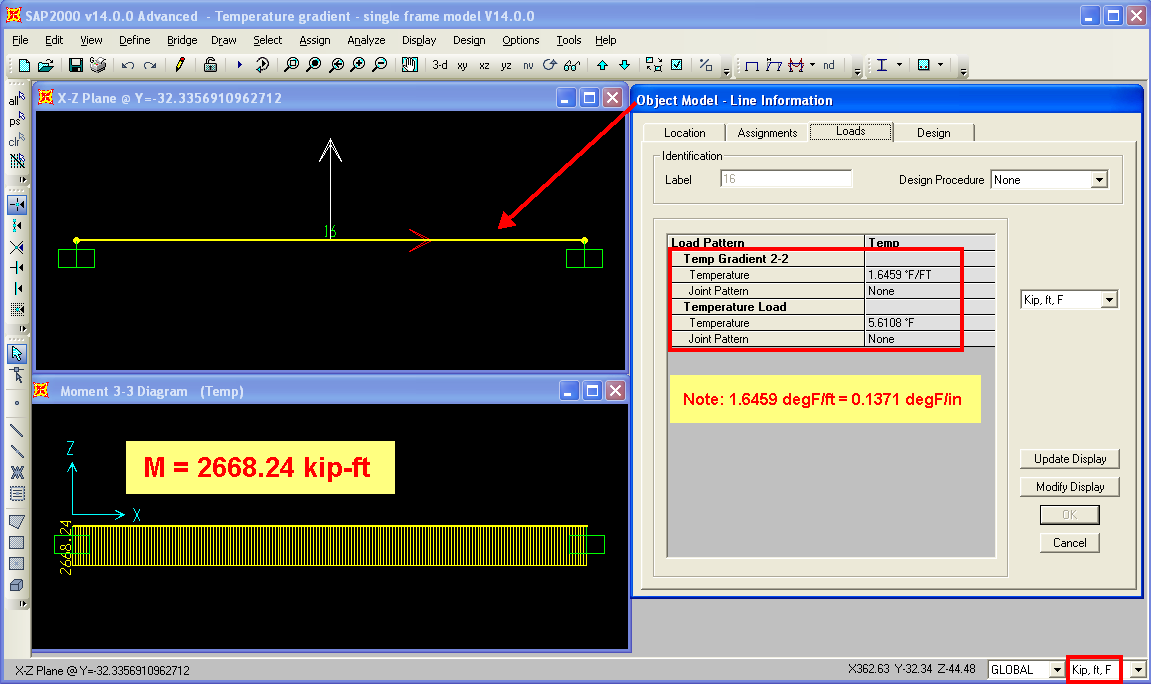